Look at me now.

on September 26, 2012
I don't see how you can hate outside of the club, you can't even get in! LEGGO!
Tuesday, September 25, 2012
Warm up: 200 rope turns and ero warm up
Advanced A: Dead lift 5 x 2
Beginner A: Dead lift 5 x 3
Advanced B: AMRAP in 12 minutes
100 double unders
with remaining time...
7 dead lifts 315/225
25 burpees
Beginner B: AMRAP 10
50 rope turns
7 dead lifts
14 burpees
Advanced C: 100 hollow rocks
Beginner C: 100 abmat sit ups
I finally did the ADVANCED work out! I went to an earlier session.
Results A: 125-155-175-190-225
Coach D wanted me to push to 225. So I did. And I did it. I'm proud :) Simple as that.
Results B: 300 single turns because I still don't have my double unders down
2 rounds + 4 dead lifts at 185 lbs
This definitely was a struggle. I was supposed to do them unbroken, but last time I did dead lifts, I hurt my back (as many people do). I focused on my form and trying to get my met-con time up.
The hollow rocks kicked my ass. Another thing to work on... ABZZZ.
Sometime during the WOD, Coach D was talking about how he was talking to some of the guys at the gym, that someone will be catching up to them soon. Apparently, they mentioned some of their fellow crossfitters. It caught me by surprise when Coach D said it was me! By all means, I'm flattered, but at the same time I was like... whoa... Now I feel like I have a standard to live up to.
Crossfit Ero has definitely opened my eyes and mind to be a better person and strive for more. LEGIT MANGG.
The reason why I went to WOD so early was because my good friend, Veronica, had asked me to go to Supper Club in Hollywood because Chris Brown was scheduled to make an appearance.
Yes, I saw him. We were right in front of him. He saw my friend waving and sending kisses his way... and he straight up reciprocated! I'm SO happy for her :)
BTW, ghetto girls trying to swarm towards him was like being in an Avenged Sevenfold/As I Lay Dying/Killswitch Engange mosh pit... except I was in high heels. Thanks to crossfit, I was able to push back, but even harder ;) 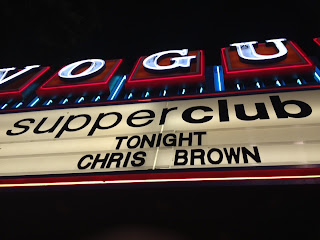 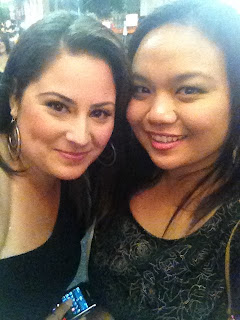 Veronica and I being cute and shit 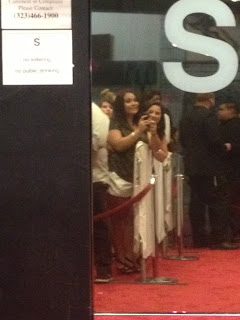 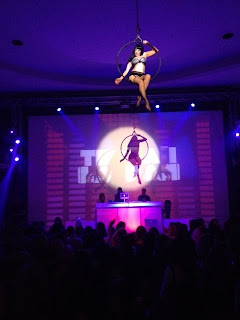 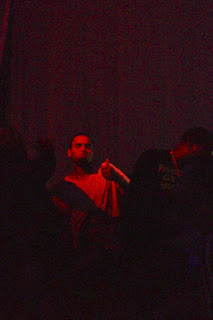 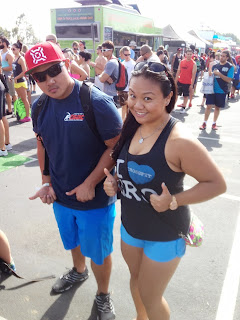 I apologize for the complete lack of updates. I've pretty much plateaued and was in no mood for anything. But let me update you! I ended up getting free tickets to the CrossFit Games 2013 for the Friday events. Let me tell you, seeing the top elite athletes is so humbling and inspiring. I had the gold access pass so I got to be at the heart of the events. On August 3rd, I competed in my first Powerlifting Meet. Check out the footage here ! I know exactly what I need to work on, and I'm so blessed to have my brother, closest friends, and my Ero family there to support me. In case you didn't watch the video, I got 3rd place. Ryan, an Ero bro, was SO close and was in 4th place. And that's out of 20+ men! There were maybe 7-8 women who participated. Considering it was my first meet, apparently I have lots to be proud of!  Just last week, I headed out to Baltimore, Maryland to visit someone I've never met, but been pretty close to for the 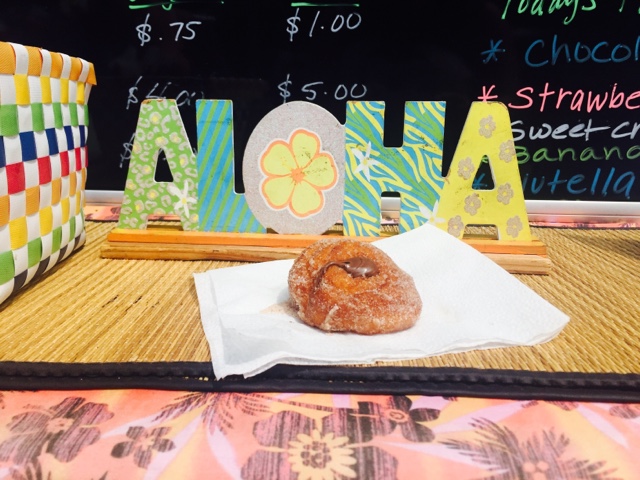 ...so about that comfort zone

So, for the past year and a half, I have made it a point to do things to get out of my comfort zone. Even if it's as minuscule as going to farmers market.  BTW, I went to a farmers market for the first time on Saturday! The BFF has been wanting to go and we finally had the chance to. So, you know how they sell organic and fresh produce? Yeah... We didn't get any of that. However, we did taste test some fruits and it was friggin bombskies!  Nutella filled Hawaiian donut. What's up.  BFF got her flowers and I got my macaroons from Munch Bakery. Turns out her dad and my dad golf together.  Random question: how far would you drive to buy a couple pairs of pants? To answer that for myself... 80 miles round trip... And the pants weren't even for me, lol.  Shoutout to the BFF for sticking it out with me!  After four, and I repeat, FOUR hours of searching for pants, the BFF and I met up with Big Bruddah at Gen KBBQ! Best decision of m